This pair of benches was made from two rough cut, old growth, Douglas fir beams that were removed from under our beloved, Victorian-era home during a foundation replacement project. Having since moved from that house the beams carried sentimental value but were a bit unwieldy as keepsakes. I wanted to do as little as possible in altering them to be functional objects that we could interact with on a daily basis. The dark underside retains the rough texture and patina of the beams as we found them, while the “waterfall” joints allow the grain to continue uninterrupted between leg and bench seat. 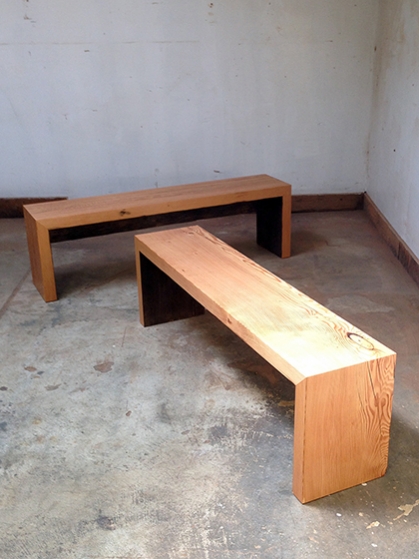 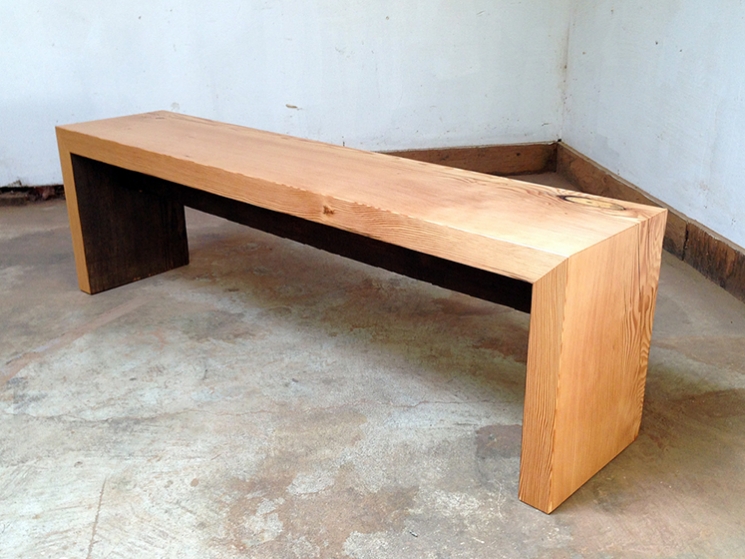 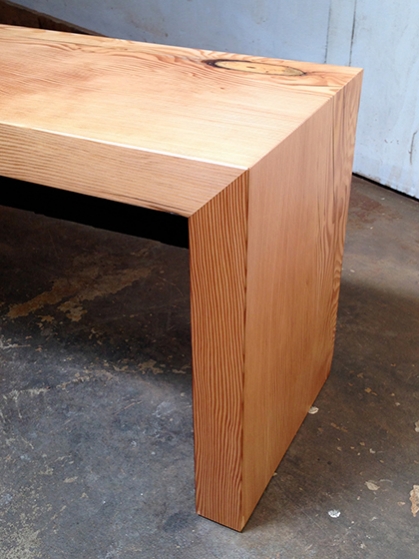 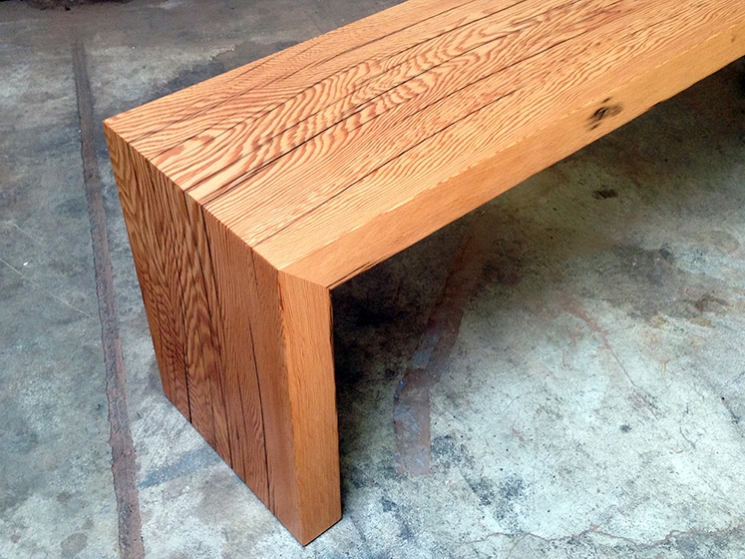 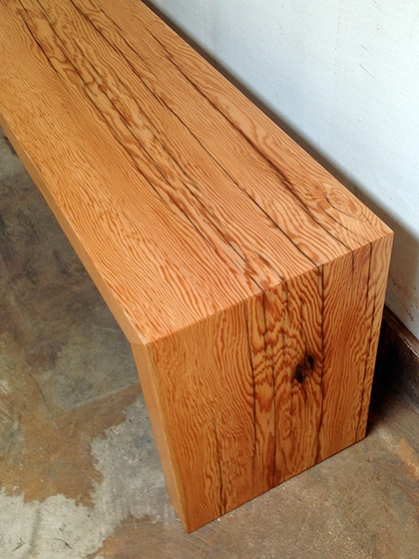